"Suicidal Since 1995" is the debut extended play (EP) by Ängie. It was released on April 6th, 2018. She revealed the title of the EP alongside its lead single, "Dope."

When asked about her sound, Ängie stated: "I don’t really see myself with a sound yet. I like doing all different types of music, but I know I like bass."[1]

On "Suicidal Since 1995", Ängie talks about various personal subjects, such as her mental issues, drug use, and romance, as well as her early life. In an interview, Ängie said: "I’m not sure what I’ve been inspired by. It’s about my life and subjects I want to talk about. It’s like an open diary. Every song from the album is a true story. [3]"

In regards to the EP title, Ängie stated: "I understand that the title and the cover is a bit provocative, but I’m not trying to be cool or glamorizing suicide. For me, the image is beautiful because it is about the fact I’ve been feeling like shit my entire life but I’m still here. I’m not dead yet and I will keep on making art! [4]"

"I’m still alive making something of my life. I’m still trying. To play more live and feel good about my life and stop asking myself questions I can’t answer. Try to live in the moment a bit more."[5]

Ängie also talked about the EP on her web-series Inside Ängie: "It's about me being a teenager who feels quite shitty about herself. [...] Every song is about a sad girl doing drugs and being in love with different people, or longing for better times, or not wanting to feel like shit."[6]

Bold typing indicates that the song, snippets of the song, or lyrics have been leaked/posted/performed at some point. 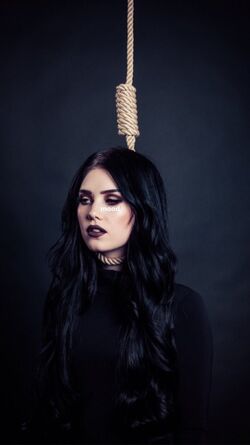 Along with its digital release, Suicidal Since 1995 also had a vinyl sold on the online shop Discodogs. It is still on sale and can be bought here. 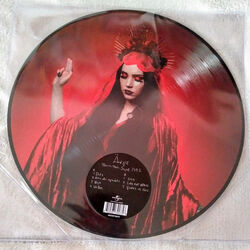 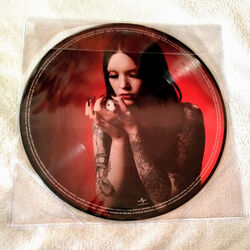