"Not Pushing Daisies" is the debut album by Ängie and previous collaborator Harrison First. It was released on June 5th, 2020 on all streaming platforms.

Ängie and Harrison First meet on Summer 2019 when First DM-ed her to join him on a session after the artist he has working with didn't show up. They felt a strong working chemistry and started working on their first collaborative EP Each Other, released on June 4, 2020. After its success, they decided to make more music. They started working on the album later on and plan to release more music together in the future.

On December 22nd, 2019, Ängie revealed that she was working on a second album with Harrison First, and posted several snippets of songs that will be featured in it on her Instagram Story. Later the same day she posted a photo asking what they should name the album. That same, she said that she had recorded 10 tracks.

On January 2020, Harrison First did a livestream on the app Whalebone where he teased multiple songs from the album, including "Basic", "Evil", "Eyes Like A Gun" and more.

On February 18th, Harrison First and Ängie did a livestream on Instagram finishing the production of one of the songs from the album, and he said: "When we drop our songs, you're gonna go crazy." Ängie also teased a surprise collaboration on the album.

On April 18th, 2020, Ängie and Harrison did an interview at Låt Live Leva where they said the album had 15 tracks and they already had a name, though they wouldn't reveal it until its release.

On April 24th, 2020, Ängie did a live stream on Instagram where she revealed that she thinking about making a physical vinyl of the record, similar to the Suicidal Since 1995 one that she did. She also said that the songs present on the Each Other EP were also going to be on the album.

In an interview for Teez FM, Harrison said about the production: "Sonically, Not Pushing Daisies started out as one sound with lots of guitars and then as we continued to create more and more songs it morphed into something else. We started the album in 2019 and finished it a year later, recording some songs at Angie house or at my studio."[1]

On July 2nd, 2020, Harrison First released an instrumental version of the album for free on the app Roll for the first 100 people who would click the download link.[2]

In the listening party live-stream for the album, Ängie stated that the title of the album comes as a response to her first EP, Suicidal Since 1995. While she had gone through a lot of rough patches in the past, she is still "not pushing daisies", and that's worth celebrating.

In interview, Harrison said the same thing: "The concept of the album to make people feel alive and free. Ängie first EP was called Suicide Since 1995, so we thought it would be a good idea to call this album Not Pushing Daisies because the term means not feeling suicidal." As for the songs, he said: "When making the songs we based the ideas from the production and then Ängie would simply write what she feels."

Ängie described the album as "a second part of her diary", refering to her debut EP Suicidal Since 1995: "A more adult version of myself, a more free version of myself and memories. Memories that mean a lot to me, everything from hateful feelings to pigs who can't behave because you have some songs on Spotify and stories about love, broken hearts and freedom."[3]

Bold typing indicates that the song, snippets of the song, or lyrics have been leaked/posted/performed at some point. 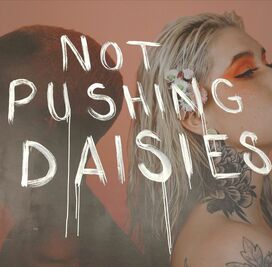 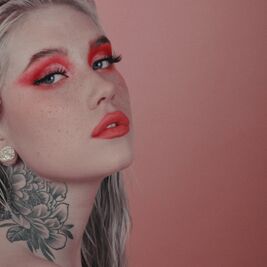 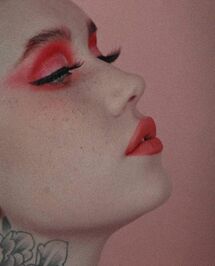