JNRY FIRST
Harrison First is an American songwriter and producer. He works producing for other artist, as well as his own solo works, with his own independent label JNRY FIRST. He is one of Ängie's best friends and a frequent collaborator.

Harrison and Ängie met each other on Instagram. He texted her on the DM's one day to invite her to a session since he had studio time and she was free that day. Even tho she was reluctant at first, they had an instant musical connection and wrote "BAMBAM" that same day, eventually deciding to make an EP together.

After their EP collaboration, they stayed close - Ängie considers him one of her best friends - and they collab always when it's possible, which culminated on their first full lenght album Not Pushing Daisies, on June 2020. In an interview before the release of the album, they mentioned that they were already working on another one and world continue to collaborate until they "get sick of each other".

Thoughout all of 2021 they worked on their second album, making several livestreams on Instagram while on sessions, and always keeping fans updaded on their process. 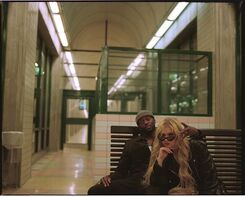 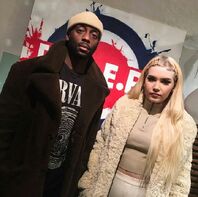 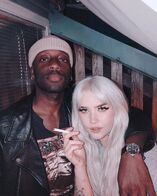 BTS for the BAMBAM MUSIC VIDEO.