"Dope" is a song by Ängie featured on her debut EP Suicidal Since 1995 as the lead single and first track. It was released on February 2nd, 2018, with the music video being released later on February 14th, 2018.

The song was written on Johan Tilli's house, at a session that lasted two days where they wrote as many songs as they could, trying to find her sound.

They created the beat for the song first, Ängie started writing the verses and then Johan came up with the hook, which she didn't like because "it didn't make sense", but after some brainstorming, they decided to use it because the song didn't have to make sense.[1]

When asked what the song was about, Ängie responded: "'Dope' is actually a love song, but within it, I confuse love with the rush for music and drugs. It’s a love song to music, dope, and the person that makes me wanna fight for it."[2]

On her Instagram Stories, she said: "'Dope' is me talking about my love for music, my special one and my love for drugs, but I'm so high I mix it up and don't make any sense."

[Verse 1]
I am like obsessed, I’m drowning in your eyes
It feels like I’ve been blessed
Cuz you’re like paradise
And when we’re both undressed
I’m almost paralyzed, paralyzed, paralyzed…
I need you, you’re the best
With us there is no stress
No need for other guys with you the time flies
You got a place to rest and that’s between my thighs
I press against your chest and then I realize

An official tee designed by Ängie was released along with the single in the online shop The Hyv. It is still on sale and can be bought here. 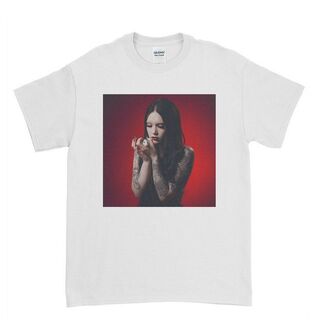 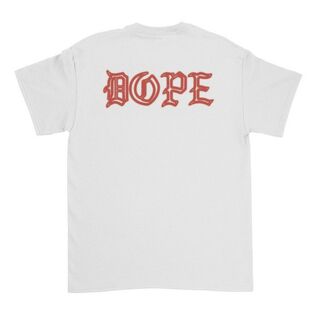 Retrieved from "https://angie-wikia.fandom.com/wiki/Dope?oldid=3434"
Community content is available under CC-BY-SA unless otherwise noted.